When did Acupuncture first come to Western Europe and North America? It has been around a lot longer than people think.

Acupuncture Reported in France in the 16th Century

Its primary introduction to the West came through France. Jesuit missionaries brought back reports of acupuncture in the 16th century from the East. Later on French clinicians adopted acupuncture. (Source – A brief history of acupuncture A. White and E. Ernst – PDF).

There are indications of Acupuncture West in the 17th century (source – The Integration of Acupuncture within medicine in the UK – The British Medical Acupuncture Society’s 25th anniversary -ABSTRACT). It was not widely accepted although individual practitioners did adopt it and practice acupuncture.

One of the earliest first descriptions of acupuncture came from a European physician – Ten Rhijne, who worked for the East Indian Company and observed acupuncture in Japan in 1680

In France, Berlioz, the father of the famous composer Hecter Berlioz, ran clinical trials on acupuncture and wrote a text about it in 1816.

In America and Britain, in the first half of the 19th century, there was a flurry of information about acupuncture. Publications occurred in the scientific journals including the British Medical Journal and the Lancet. One article in the Lancet was called ‘Acupuncturation’.

By the mid 19th century, acupuncture seemed to have become less popular.

There was apparently a record in one edition of Osler’s textbook (a prominent teacher and medical physican), where he described success in treating back pain with hat pins. Curiously, this comment was deleted in subsequent issues, (Source – A brief history of acupuncture A. White and E. Ernst – PDF).

As mentioned above – it is quite interesting that William Osler, founder of the first training program for physicians, and the ‘Father of Modern Medicine” actually practiced some form of acupuncture.

A record of his acupuncture practice can be found in this article by Ilza Veith, M.D. – ‘Sir William Osler, Acupuncturist‘. In this article, we hear how Osler used a form of acupuncture for back pain.

However, he had one bad result using acupuncture on a wealthy sugar refiner and hospital director – a situation, were he had initially felt confident he would get a good result. This occurrence appeared to shake his confidence in acupuncture and afterwards he stopped practicing.

According to this same article, Osler states that he was first taught acupuncture by a Dr. Sydney Ringer of England (1835-1910), who had taught Osler in 1873.

In Oslers text – Principles and Practice of Medicine, there is a reference to the use of acupuncture for lumbago pain:

For lumbago, acupuncture is, in acute cases, the most efficient treatment. Needles from three to four inches in length (ordinary bonnet-needles, sterilized, will do) are thrust into the lumbar muscles at the seat of the pain, and withdrawn after five or ten minutes. In many instances the relief is immediate, and I can corroborate fully the statements of Ringer, who taught me this practice, as to its extraordinary and prompt eficacy in many instances.

My commentary – This sounds like a basic local treatment of acupuncture – where needles are simply inserted into wherever it hurts. There is no mention of meridians, yin yang or other Chinese theories. In my opinion, it is not an approach that will get positive results every time and in fact can actually cause adverse reactions for some people (as occurred with the wealthy sugar refiner). See my article on ‘Acupuncture for Low Back Pain‘ for more information.

Acupuncture may also be tried; the needles should be thrust deeply into the most painful spot for a distance of about two inches and left for from fifteen to twenty minutes.

It is also worth mentioning that Osler used hat pins and bonnet pins – both of which are much thicker than modern filiform needles and which must have been painful to insert. Fortunately, he did emphasise that they should be sterilised.

The promotion of acupuncture in Western Europe was further advanced by George Soulie du Morant, a French diplomat who spent many years in China and wrote treatises  about acupuncture and a textbook called ‘Chinese Acupuncture’ from 1939 onwards.  (Source – A brief history of acupuncture A. White and E. Ernst – PDF).

The Text book – ‘L’ Acupuncture Chinoise’ or ‘ Chinese Acupuncture’ by George Soulie de Morant is available in English and is a huge textbook with detailed descriptions and drawings. This book documents an acupuncture that was pre-TCM. I would highly recommend it.

In the 1950s, A British physician Felix Mann encountered its usage in Germany and France and taught it to the UK. This became the basis for the Modern Medical Acupuncture model. In 1962, he wrote – Acupuncture: The Ancient Chinese Art of Healing.

Relations between Communist PRC China and the USA began to open up in the early 1970s. The major turning point being President Richard Nixons visit to China in 1972.

In preparation for this visit, a member of the US press corp – James Reston was in China in 1971. He had needed to have an emergency appendectomy. Whilst suffering with pain during the post op surgery he was given acupuncture which helped with the pain. Afterwards, he wrote about his experience with acupuncture in the New York Times.

Subsequently US physicians visited China to learn about acupuncture and assess its use for surgical analgesia. Ultimately acupuncture was not considered to be a reliable type of acupuncture analgesic, but since then, acupuncture’s efficacy has been recognised for other conditions. (Sources – A brief history of acupuncture A. White and E. Ernst and ‘Now, About my Operation in Peking – The New York Times, by James Reston, July 26, 1971)

Acupuncture’s Record in the West – Timeline:

And just to conclude this article, let us consider one final source that trumps all of these historical references: – The discovery of the Otzi Iceman, estimated to be 5,300 years old, who was found in the mountain border between Austria and Italy in 1991.

The Otzi iceman’s body was covered in tattoos that some researchers suggested may correspond to acupuncture points:

Otzi’s frozen mummy preserves a fine collection of Copper Age tattoos. Numbering over 50 in total, they cover him from head to foot. These weren’t produced using a needle, but by making fine cuts in the skin and then rubbing in charcoal. The result was a series of lines and crosses mostly located on parts of the body that are prone to injury or pain, such as the joints and along the back. This has led some researchers to believe that the tattoos marked acupuncture points.

Which may even suggest that it was actually the Europeans, and not the Ancient Chinese that invented Acupuncture… Fancy that.

If you’d like to read an early article showing the practice of acupuncture in 1858, in the UK, visit this article – ‘Historical Records 1858: Acupuncture in the UK – BMJ Article‘

A brief history of acupuncture A. White and E. Ernst – PDF 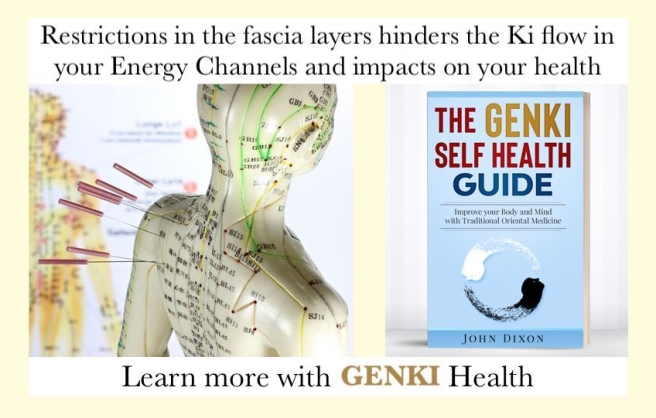 This content includes referral or affiliated links to products or services. Visit my disclosure page for more information.