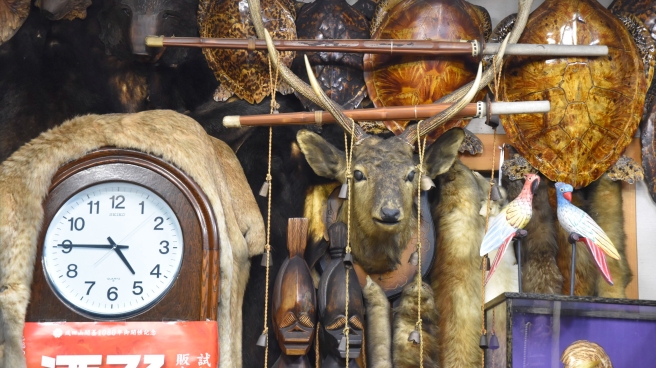 Once you start, can you really turn around and come back out?

I am a horror movie fan. One great movie is ‘Descent’.

It’s about a group of young female friends who practice potholing together. They gear up and head off into the countryside to climb into a cave in the ground to descend as far as they can.

The only problem is that they pick a cave with humanoid like cannibalistic creatures who live underground and feed on humans. They all end up being eaten by them. Even the hottie – Natalie Mendoza.

I received a comment from Botanic Crow on my last post about Dr Skakov. In that long article, I wrote about different topics.

Hi John, a lot of information to consider, but I think there’s too much here to even begin commenting upon.

I’m always one to try new things, but even I personally feel there’s no where to go on this blog’s comments, as you’ve too many things without a clear central theme linking them, other than spontaneous movement.

Maybe best come out of the rabbit hole and see if all the rabbit holes here lead to the same world your seeking to reach. What you are sharing is your own concern, as it is my own, that’s there’s a lot of odd stuff making no sense, or in truth trying to make sense of nonsense.

Sorry, wish I could be more positive, but I think you’re going to have to dump some or all of this line of enquiry, to live in the here and now, at least until you’ve cracked the code of it personally through experience for yourself. Worth bearing in mind, but let it go, I don’t think it’s helping you in the immediate.

Best with it in coming days, focus there is my thought.

Yes, I see your point

He made some valid points. It is true. There is no centrifying theme in my last article, other than spontaneous qi movement. But this is also true of most of my blog posts in general. This one post was like a mini-version of my whole website.

This makes it hard for anyone to make sense of. It must also appear a little selfish, as though I am simply regurgitating lots of thought processes for my own satisfaction. Perhaps it is unsettling. Not advisable for anyone to read.

The art of writing without a niche

I have not picked a niche, which makes it extremely difficult for any random visitor to my site to understand what I am creating. So the comment about “living in the here and now” is true.

By writing on other topics, I have put one acupuncture article on hold which would be more useful for me professionally. As a result of writing without a niche, it means retaining traffic is difficult to come by.

People may come to my website to read one article on chemotherapy and acupuncture, or be drawn to my Steve Pavlina is a scam satirical piece, but then they will find a completely unrelated post about how I achieved enlightenment following a 30 day spontaneous qigong trial. Then they will run away.

It’s all so random really.

On the other hand, I am inspired by the ‘Mile Wide, Mile Deep‘ approach to writing, as written about by Steve Pavlina. This means you write about a wide range of topics and interests and avoid niching or narrowing into one subject matter only.

By writing in this way, you avoid tying yourself into a niche or branding yourself. It enables you to continually explore different things and develop yourself. It also keeps it fresh and interesting for you and hopefully is more engaging for your audience.  As you grow and change as a living person, it is reflected in your writing.

For example, one of my original ideas was to write a large selection of posts on colitis as this was a disease I suffered with. I thought I may be able to offer a different perspective to managing it in regards to Oriental medicine. There would be a ready audience for this topic as tens of thousands of people suffer from it worldwide.

There are a couple of people in the alternative colitis arena that I was aware of. I remember reading their books 10 years ago. Out of curiousity I checked to see if they were still around, and indeed they are, talking about the same topic. But I wonder – does it not get boring to talk about the same thing year after year?

At the moment, I am not strongly motivated to write about colitis yet. It interests me, but not as much as spontaneous qigong at the moment. That may change though as I move on to other topics.

So for now, I have written what I am more interested in, even though there will be far less traffic. I know that I can put more heart into writing about spontaneous qigong right now. And I can always write about colitis later.

Another defence to the randomness in my last post and to my website in general, is that in my own mind, I feel that it all connects. It is like buying a jigsaw puzzle in a charity (thrift) shop which has no picture on the box.

You don’t know what the picture looks like. You don’t even know if all the pieces are there. But you go ahead anyway and pick out the pieces and start putting it together.

Here you have a picture of a person. Here is the sky. It all seems so disconnected, yet eventually, it will all become clear. You just have to trust.

We’ve still got some way to go yet.

Come out of the rabbit hole

At almost the exact same time that I received the above comment from Botanic, I discovered a response from the person who had put the Dr Skakov videos up, which I wrote about in my previous post. Strange timing.

His name is Robert, not Micheal G. and I considered his response to me to be a possible invitation to go deeper and to engage further with him on some unusual spiritual things.

Should I engage further with a stranger on the internet, who seems to have explored such things as past lives, reincarnation and other things on a far deeper level than I have?

Perhaps I should take Botanic’s email as a warning to hold back?  To ground myself. Certainly at this point in my life, with various big changes going on, it would be an idea to do so.

These last few years I have been so focused on worldly things – making a living, chasing a career in hospice care and looking like a respectable member of society. This has been very positive for me, but at the same time, I could not break through certain limitations. And as much as I tried, some things were resistant. I could not change them. Something, was not working on that path.

These last few months, I have been breaking down a lot of my beliefs and mindsets.  I have been changing.

Recently, I signed up to a new 30 Day Deep Dive Abundance trial with Steve Pavlina, which I paid for. It is the first time in my life I have committed myself to such a thing. And I have to say, there have been some really incredible results from this. Some of which have shaken my previous beliefs in reality.

But is now the time?

Is it the right time for me to descend? Perhaps, there is never a right time in life. We all have to do so eventually. I assume that moment for everyone comes at the time of death.

A week ago, I went as far as having a one hour session with a spiritualist – a telephone reading. I will write a post about it here sometime.

I had never done such things before. There was only a couple of occasions, when I did a short 10 minute tarot card reading at Greenwich market and another time I did a ten minute palm reading in a market stall in Japan. But these occasions were not long enough to go deep. Recently, I am becoming more interested in such things and open to these kinds of psychic things.

What should I do? What would Alice do?

Alice went down the rabbit hole until she tumbled and couldn’t get back up. Then she drank some dubious substances and had some unusual experiences with talking cats and a rabbit with a pocket watch.

I’m pretty sure there was something funny in that drink.

And for me at this point, I have already committed myself this last 6 months. I have put all my energy into this website and my writing. I have already started descending. But where will it take me?

I am grateful for Botanic’s comments. I may yet heed them. I would appreciate it if he stands by a little longer with his support and interest. But I do understand if he needs to take a break from my random writings.

Also I’ve got to consider. My friend Botanic, is highly experimental, creative and one of the most free-minded people I know. He’s also ‘out there’ himself. So for him to tell me to balance myself and “come out of the rabbit hole” is pretty unusual. I have to take note.

I am exploring some new ideas about how I want to live. About living truthful to my inner feelings and acting according to the heart.

I have a tendency to self-censor. I want to break that habit. I don’t know how this will look as I go though this process. It could be that writing lots of random posts with no clear thread is a part of that process.

As I began with a horror movie, I will end with one.

I did consider writing a full post about the TV series –  ‘Ash versus the Evil Dead’, which I recently watched.

Some time ago, a patient in a hospice I worked at found out that I liked zombie movies. So too did he, and he recommended I watch Ash versus the Evil Dead.

Ash versus the Evil Dead is a new TV series made 30 years after the original movies. Ash is now in his 50s and living a life of drink, drugs and chasing women and he still works in a hardware store.

Ash however, holds onto the evil ‘Book of the Dead’ and unfortunately, in a moment of drug taking with a young girl he stupidly reads from the book and once again awakens the evil, which he must fight. He is basically a protagonist whose own stupidity actually takes the story forward.

I enjoyed the original Sam Raimi – Evil Dead Movies, especially the third one – Army of Darkness. In that movie he gets transported back from modern America into medieval England to fight the evil dead.

Ash is the ultimate hero, He has a chainsaw for a hand and uses a sawn off shotgun to shoot the evil dead.  He also has some cracking one-liners.

Down the (vortex) rabbit hole

Interestingly Ash gets sucked into a kind of vortex (like a rabbit hole) in order to get transported back in time. On the one hand, it sucked for Ash. On the other hand (or should that be chainsaw?), his character developed from the person he was in the first two movies, into something much more dynamic. And crazier too.

If you are thinking of watching the Evil Dead movies, I recommend you start with Evil Dead 2. It is basically a remake of Evil Dead 1, which was made on a low budget and made over several years. It is also nuts, so if you are not into horror movies, give it a miss.

2 thoughts on “Further Down the Rabbit Hole”